#TeamBlackBerry PlayBook owners, are you seeing changes to your App World tabs? 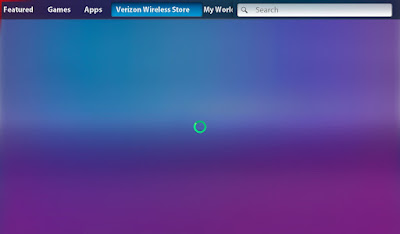 I tweeted this screen shot of my BlackBerry PlayBook App World. I always have my PlayBook bridged to my Bold 9930 on Verizon so I never really use App World unless there's a major app I want to download.

A few moments ago I decided to check out App World on my PlayBook. At first I thought it was an illusion but turns out to be a real tab: Verizon Wireless Store. On my PlayBook. Maybe it was a mistake pushed out by RIM to get ready for the BlackBerry PlayBook 4G. If that is the case, that means an LTE-Powered PlayBook could head to Verizon! Why else would a carrier's app store appear on App World?

All in good wishes. As others are spreading the word on twitter, I am sure some PlayBook users will notice their BlackBerry device's carrier appear on their PlayBook - or not.

I'm sure the good folks at CrackBerry and N4BB will find out more about this.