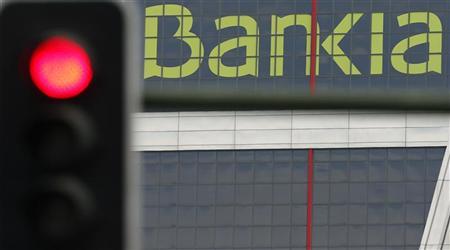 REPORT: Spaniards alarmed by the dire state of their banks are squirreling money abroad at the fastest rate since records began, figures showed on Thursday, and the credit ratings of eight regions were cut.

Spain is the next country in the firing line of the euro zone's debt crisis, with spendthrift regions and shaky banks threatening to blow a hole in state finances and pushing funding costs towards levels that signal the need for a bailout.

That helped lower the risk premium investors demand to hold Spanish 10-year debt rather than the German benchmark on Thursday, but it remained close to the euro-era record, at 520 basis points.

Bank of Spain data showed a net 66.2 billion euros ($82.0 billion) was sent abroad last month, the most since records began in 1990. The figure compares to a 5.4 billion net entry of funds during the same month one year ago.