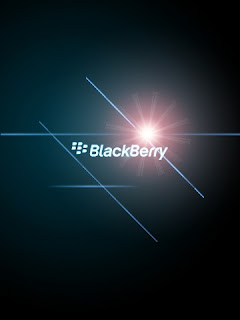 REPORT: Research In Motion's appointment of bankers to advise on drastic options, including an outright sale of the BlackBerry maker, may only hasten moves by major customers to offer their employees smartphones produced by rivals.
An increasing number of top companies and government departments that were once devoted to the Blackberry are instead now giving some staff the option of using Apple Inc's iPhone or smartphones running off of Google Inc's Android-operating system.
There is now a real danger for RIM that such switching will gather pace and turn into a much bigger exodus of customers, mobile phone industry consultants and experts warned.
The uncertainty surrounding RIM's future, and the possibility of a sale, is "scary to an end user," said John Hering, chief executive of Lookout, one of the world's biggest providers of mobile security products.
Within 12 hours of RIM's announcement, Hering said, he heard from several corporate technology executives troubled by the news.
"RIM is looking at it as 'How can we maximize the value of an asset' as opposed to 'How can we solve problems for the customer?' That is making customers nervous," he said.
RIM told Reuters in a statement it had not noticed an increase in inquiries from customers after it disclosed the review.
"RIM is in regular communication with our corporate customers to share updates and to keep them apprised of our ongoing efforts to refocus the company and to continue meeting their needs," the statement said. "As such, we have noticed no measurable increase in the number of questions or concerns following (the) update."
On Tuesday, RIM said it had hired deal-making bankers from JPMorgan Chase and Royal Bank of Canada to help it do a far-reaching review of its business. The Canadian company also shocked investors by reporting it expected a fiscal first-quarter loss, and said it was looking at a significant number of job cuts. Sources have indicated it may cut as many as 6,500 of its 16,500 jobs.
The company's share price has collapsed in the past year, and it is now only valued at about $5.4 billion, down from $84 billion at its peak in 2008. Excluding its cash and the estimated value of its patents, RIM's device business and its 78 million subscribers around the world are in aggregate worth less than $1 billion to investors.
READ REPORT HERE:
http://mobile.reuters.com/article/idUSBRE85006F20120601?irpc=932
at 12:22 AM