I was waiting for a report like this. The pre-sale tickets for The Dark Knight Rises went on sale June 11. After  10 days of pre-sales, I was wondering where the film was tracking. The report below makes it seem that TDKR is out-performing The Avengers' pre-sales. Will it - can it be bigger than The Avengers? I want to say "yes" but these aren't apples and oranges here. The Avengers benefited from IMAX and 3D premium prices. At least 65% of the tickets sold for The Avengers were from premium ticket prices. TDKR does not have that advantage. Its relying on IMAX tickets to boost its sales numbers as no 3D rendering is involved. The Dark Knight had no problem setting the opening box office record 4 years ago without the added weight of premium ticket prices. All other movies that bested that opening weekend have benefited from the 3D premium prices.

Can TDKR go above and beyond? $207 million in 3 days is a staggering mark to beat and at nearly an 3 hour estimate running time, TDKR can't cram in as many shows in a day unless it takes up most of the cinema screens. What's the bottom line? I don't think TDKR will break the box office record The Avengers set this past May. I do believe it will cross $400 million in domestic receipts. And I do expect this movie to be more than the less-than-stellar marketing campaign is making it to be.

But I wouldn't be at all surprised to see The Dark Knight Rises beat the box office "Bane!"
-Andres 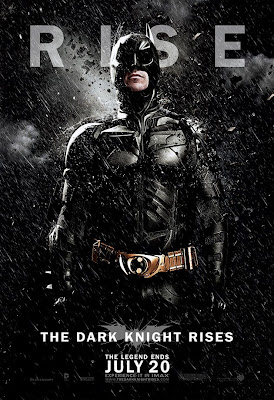 REPORT: The pre-booking sales of Christopher Nolan's 'The Dark Night Rises' has begun and they seem promising enough to take over 'The Avengers' as the highest grossing action hero film of all time. The tickets went on sale last week and the opening night was promptly sold out, reports ew.com. The tickets are being sold for $100 mostly, with an exception of the screening at Manhattan's Lincoln Square Theater selling them for $114. Meanwhile, tickets in Britain are being sold for 300 pounds.