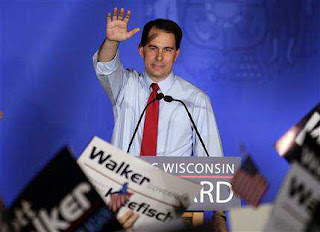 REPORT: Wisconsin Gov. Scott Walker beat back a recall challenge Tuesday, winning both the right to finish his term and a voter endorsement of his strategy to curb state spending, which included the explosive measure that eliminated union rights for most public workers.

With his defeat of Milwaukee Mayor Tom Barrett and the union leaders who rallied for months against Walker's agenda, the rising GOP star became the first governor in U.S. history to survive a recall attempt.

"Tonight we tell Wisconsin, we tell our country and we tell people all across the globe that voters really do want leaders who stand up and make the tough decisions," Walker said in his victory speech in Waukesha.