US Navy Fires on Ship in Persian Gulf, One Dead - ABC News 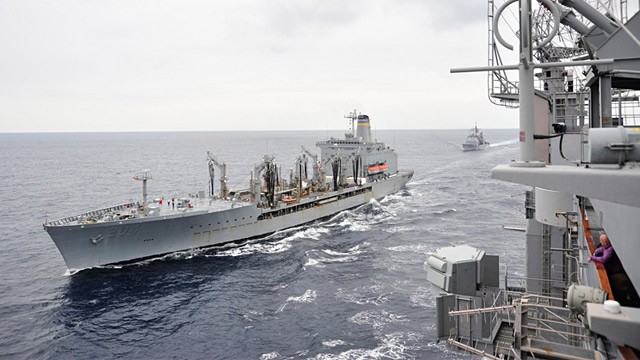 REPORT: An American Navy ship fired on a boat in the Persian Gulf today, killing one person and injuring three others aboard the craft, a U.S. naval official told ABC News.

A spokesperson for the Navy's 5th Fleet, which is based in nearby Bahrain, said that a security team aboard the oil supply ship U.S.N.S. Rappahannock fired a .50 caliber machine gun at a "small motor vessel after it disregarded warnings and rapidly approached the U.S. ship" off the coast of Jebel Ali, a city approximately 30 miles from Dubai in the United Arab Emirates.

The Navy is investigating the incident as details continue to emerge. A Navy official said the offending vessel was a white pleasure craft, but a UAE official told ABC News it was a fishing boat with four Indians and two Emirates on board. There doesn't appear to be any indication the incident was terror-related, the UAE official said.

The Navy official said it's not uncommon for Iranian speed craft to harass U.S. ships in the region, but in this case the boat wasn't Iranian.

"I can't emphasize enough that this has nothing to do with Iran," the official said.