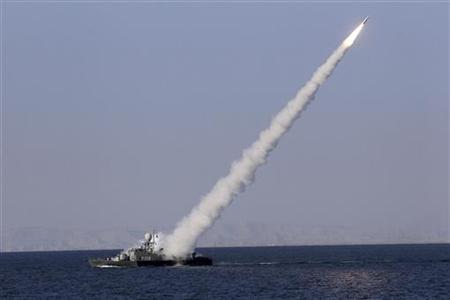 REPORT: Iran said on Tuesday it had successfully tested medium-range missiles capable of hitting Israel as a response to threats of attack, the latest move in a war of nerves with the West. Israel says it could attack Iran if diplomacy fails to secure a halt to its disputed nuclear energy program. The United States also has military force as a possible option but has repeatedly encouraged the Israelis to be patient while new economic sanctions are implemented against Iran. The Islamic Republic announced the "Great Prophet 7" missile exercise on Sunday after a European embargo against Iranian crude oil purchases took full effect following another fruitless round of big power talks with Tehran.

Iran's official English-language Press TV said the Shahab 3 missile with a range of 1,300 km (800 miles) - able to reach Israel - was tested along with the shorter-range Shahab 1 and 2.