Op Ed: One Year With My BlackBerry 9930 on Verizon Wireless 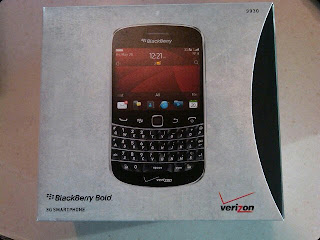 Its not the first time I've had a phone last me at least a year. In this day and age where technology evolves while you sleep, there's always a newer, better model than the one you just purchased.

My first foray into the smartphone world was with the Motorola Q. I then got a Samsung SCH-i730 - Samsung's first smartphone. My brother bought me my first BlackBerry: The Curve 8330 on Verizon Wireless. His words, "once you go black you don't go back."

I tried going back several times, but I kept returning to BlackBerry.

Why do I love my BlackBerry?

Granted, the BlackBerry experience has been mixed in previous years. The first impression I had was with the Curve 8330. It was a breeze to use, light, slick, and efficient. When the BlackBerry Storm 9530 hit, I upgraded! I never met anyone that liked the SurePress click touchscreen. I did but lack of multi touch and processing power was a major drag. Enter the Storm2 9550. I loved the ease with which I could type on the screen! I used the Storm2 for a full weekend seminar simply because I didn't want to bring my laptop. The phone held up very well!

I carried two BlackBerries at one point to balance work and play. The Storm2 as my main device and the T-Mobile Bold 9700. Using the Bold 9700 for those 6 short months was quite the experience! I never held a Bold before. The typing was so fluid on that beautiful keyboard! Sadly, I couldn't keep the device.
When I had to cut back due to work slow down, I found myself having to swap devices too because my Storm2 seemed to quit on me. I got a Tour 9630. Oh, the keyboard! Then I got the "Bold" 9650 aka Tour 2 on Verizon. It was good but still buggy and slow. At this point the App race really got heated between Apple's iOS and Android. BlackBerry was being left behind and, in some cases, abandoned. The temptation to switch devices grew as Research In Motion couldn't produce a replacement device for me on Verizon.

I kept returning to BlackBerry. I even downgraded to the BlackBerry 8830 at some point just for a fine keyboard.

At any rate, BlackBerry finally launched the Bold 9930. Thanks to a good friend on the inside, I was able to get my BlackBerry 9930 a week before release! Unfortunately, I got the first batch of the Bold 9930s that had bricking issues. Verizon replaced my device. Verizon would replace my device 3 more times in 3 months because I thought I had hardware issues. It was later revealed that the phone's issue was the buggy software Verizon was too slow to release a patch for. When a decent software upgrade came along, I was finally able to use my BlackBerry 9930 without skipping a beat! The keyboard is buttery smooth! The camera takes great pictures though it lacks auto-focus. That's a big bummer in my business. Still, the reliable service, the push email, the user-friend UI and the apps I needed helped me get things done!

Its been a year now with my Bold 9930. I'm more in love with my phone today than I was last year - mainly because of the bug fixes. With BlackBerry 10 devices coming soon, I know my Bold will hold me over and beyond. Couple my Bold with my BlackBerry PlayBook and you get a powerful combination! I use both everyday. The Remote Control is a wonder to use!

So its one year later. My BlackBerry Bold 9930 is going stronger than ever! I use 10gb of mobile data on my device monthly. I believe I can hold off upgrading until the next BlackBerry with 4G LTE. Until then, I'll wait impatiently and continue to Do Things with my UberBerry!