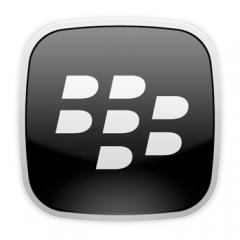 Here we go! Finally, after going through the other three major mobile operating systems available on the market, I get to really flesh out what makes BlackBerry stand out and still relevant today. I should point out that all this debate about a "third operating system" isn't really a debate. BlackBerry still holds at least twice as much market share compared to Windows Phone. Until the dust settles with the Windows Phone 8 launch, we'll see how well it was received or if it was ignored.

There's no doubt BlackBerry maker Research In Motion (RIM) has struggled in the past few years. They dropped the ball hard. You know what they say, the bigger they are the harder they fall. But the smartphone giant isn't out even though many analyst say its still down for the count. Yes, they are still hanging on in the worldwide market, but its the North American market BlackBerry needs to regain. The BlackBerry operating system is about 15 years old. It was never meant to be optimized for touch or handle heavy media content and graphic games. Still, RIM tried what they could to extend the life of the Java-heavy OS. The latest and last OS iteration was OS 7. The OS was more fluid with eye-popping graphics and, at last, a browser that could compete with the leaders. But the dreadful drawbacks of the OS remained front and center no matter how big of a processor RIM threw at it (1.2Ghz processor). The antiquated OS just could not handle so much. The Hour Glass of Doom, the memory leaks, the epic boot times, the battery pulls, the truncated device usage while installing apps, and the lengthy but risky software upgrades were always the elephant in the room RIM could not address. Still, the platform had its advantages that made people like me put up with the drawbacks. 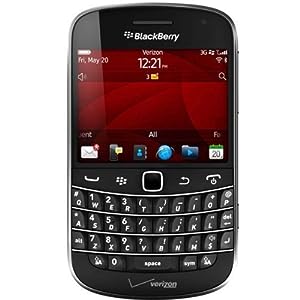 Competitive Advantage 1: Email
There's no argument here. BlackBerry wins hands down. Not only is the email setup the easiest in the market, its also the most complete with separate notifications for not just email accounts but contacts, a unified inbox, folder creation, and data encryption. The attachment file size limit was supposed to be lifted to 10mb this year but I still can't get attachments over 5mb on my emails. Still, that's rare for me to receive. With the addition of great third party support, the email experience is further amplified with different LED notifications customized per accounts and contacts! This comes in handy during times when your phone must be on silent (meetings, church, etc). The LED indicator alerts me if it can wait or if its urgent. Throw in push email and air-tight security, and you get an unrivaled email experience.

Competitive Advantage 2: True Multitasking
I do a lot of field work that involves the use of messages and maps and navigation almost simultaneous. I have to cross check addresses, compare the distance in proximity to one another and to me, then navigate to those locations while avoiding traffic. This isn't easy when you have at least 10 stops in an afternoon and have to prioritize. Since I am a manager sometimes the office or field crew are needing urgent information or a client requires a prompt response. Being able to simply switch from one window to another to take care of other tasks and not having to "resume" an app is absolutely vital in time crunches like that. Its moments like these that you realize just how short a red traffic light is!

Competitive Advantage 3: The Physical Keyboard
There is no way a touchscreen keyboard has been able to unseat the greatest mobile keyboard on the planet. The physical keyboard on my BlackBerry Bold 9930 is nearly like typing on air. Switching languages on the fly is huge too! I at times prefer to respond from my BlackBerry rather than my desktop simply because its faster. I've tried so many other touchscreen keyboards from iOS to Windows Phone, from Swype to SwiftKey. Nothing comes close.

Conclusion: BlackBerry By Choice
Over the past five years I've used many other devices most particularly Android but continue to choose my BlackBerry because of efficiency. Add to that a superior social networking experience with native apps and push email. Everything I need is there including things that come in handy. Take the BlackBerry Travel App. The app scans your email for any travel itineraries then "catches" the message and updates your calendar with your flight/hotel information and schedule. The process of receiving a message to adding it to your calendar with alert settings can take at most 5 seconds. Read it again. Five seconds! This app has saved me on a couple of trips! That's BlackBerry. A device built with one-handed use in mind for the Doer that cannot afford to waste precious time. A BlackBerry user is about efficiency, communication, and productivity. That is why I am BlackBerry by choice.

There's a lot to like and love about the other platforms, but when it comes to my needs BlackBerry will have to do. I don't believe any one smartphone is the best in general. I believe in the best smartphone for you and your needs. But I do have an ideal phone in mind when it comes to my needs and wants. Over a year ago now I said that my ideal phone would be one that has the security and communication capability of BlackBerry, the stability and app ecosystem of Apple, the power of Android, and the functionality of Windows Phone. That phone is not available to the consumer just yet, but it might be available early February 2013 in the form of BlackBerry 10!