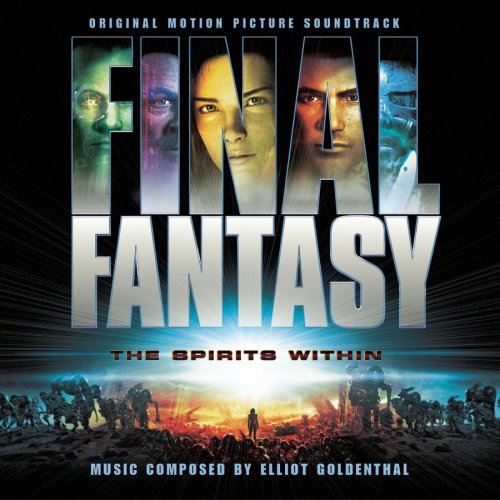 This has to be Goldenthal's best score to date! It's an orchestral masterpiece performed by none other than the London Symphony Orchestra. Let me explain a few awesome tracks before giving the downside to this release. But first, let me warn you this is not a soundtrack akin to the video game scores of the same name.

The album opens with ambient noise and dark choir, much like Horner's Aliens. The second track, "Race to Old New York", doesn't appear on the film, or as this cue version does on the album. It's played by racing strings and low brass. Very good track and one of my favorites.

"The Kiss" proves to Hollywood and Goldenthal skeptics that he is able to pull of romantic, soothing themes. "The Kiss" is a romantic theme played by piano with some strings.

"Toccata and Dreamscapes" is the longest and most difficult track to perform. Goldenthal employs 40 French horns (!) to blast, grunt and shrill away every once in a while during the percussion and interrupted string action. One of the best tracks!

"Adagio and Transfiguration" closes the score album with a sad, sweeping reprise of the romantic theme and finishes on a solo trumpet. Between all of these reviewed tracks are mixtures of sweeping cues, rolling strings, tense moments and dark choir. All this makes for a very diverse range of music on about 50 minutes of score for this release. The album ends with two songs.

Lara Fabian's rendition of the love theme in pop form is nice but is ruined by the last song on the album not worth mentioning. The rock song ruins the entire listening experience.

The Complaints: One I've already mentioned: the stupid rock song at the end of the CD; two, the music is not in chronological order, but I guess it makes for a better listening experience; and three, much good music is missing! "Dead Rain" is almost 8 minutes long on the film and we only get about 2 minutes on the album cut. The good thing about the special edition DVD is that we get the option of an isolated track and commentary by Elliot Goldenthal. Goldenthal is smart leaving the music cues that didn't appear on the album uncommented.

Get this soundtrack and the special edition DVD. They're worth every penny!