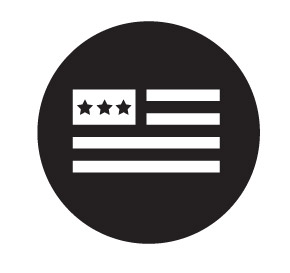 I'm Andres and this is The NewsReel!

I'll post up content throughout the week selecting stories which I deem interesting or controversial enough to post up on here. Every now and then expect my Opinion entry - an entry entirely comprised of my opinion about a select current event.

History of the site

Years ago I started voicing my opinions in politics in the form of an email newsletter. With my vivid imagination I made the newsletter a “segment” of a so-called “talk radio show.” Talk radio was a dream of mine, but fate had a different course for me to follow (i.e. God called me elsewhere.)

Over the years, the email newsletter grew in popularity with friends and family forwarding it to their friends and family throughout the world (literally!) My opinions reached parts of Washington, Texas, California, El Salvador and the Middle East! I would answer questions and comment on feedback from curious contacts about why I said what I believe.

Given that technology has vastly evolved since I started my newsletter, the blogosphere and recording software made it possible for me to improve on my commenting. My commentaries evolved from a mere email letter to mp3 audio commentary. My political newsletter and podcasts found a home on the internet. The Andres Segovia Show became my official home and blog by the end of February 2008. Since then, I never really felt the site satisfied my tastes. I didn't have the time I did before so I could voice more opinions. I was only able to post headline news every now and then. The site felt more of a newsreel. BINGO! Now my site is intended to be a newsreel. The site is now called The NewsReel, It sticks. It fits. Using that as my base, I continued updating my site throwing in the occasional commentary and opinion.

Expressing my fact-based opinion and moral beliefs is what I enjoy doing. I pride myself in being a Conservative Christian, but doesn’t mean I’m perfect. The world believes Christians are supposed to be holy and upright people when in fact Christians are those trying to live a better life under God. I am judged easily for my beliefs and my occasional flaws. I make no excuse. I’m human like the next guy. The difference between the liberals and me is that I have a sense of moral conviction. I don’t take pride in my mistakes while liberals live on without any feeling of moral regret other than the founding of America.

This is my blog where I share my beliefs, headline news and interesting bits! Can't keep things serious all the time. I've consolidated all my passion projects under one roof:

Check out each segment for reviews, fun content, and more!

Thanks for visiting my site!